How to Manage Taxonomy in the WoRMS (via Arctos) Source

Arctos uploads taxon names, classifications, and metadata from WoRMS and refreshes continually using the WoRMS AphiaID. As an example, here are the entries for Conus marmoreus as it appears in WoRMS and in WoRMS (via Arctos). 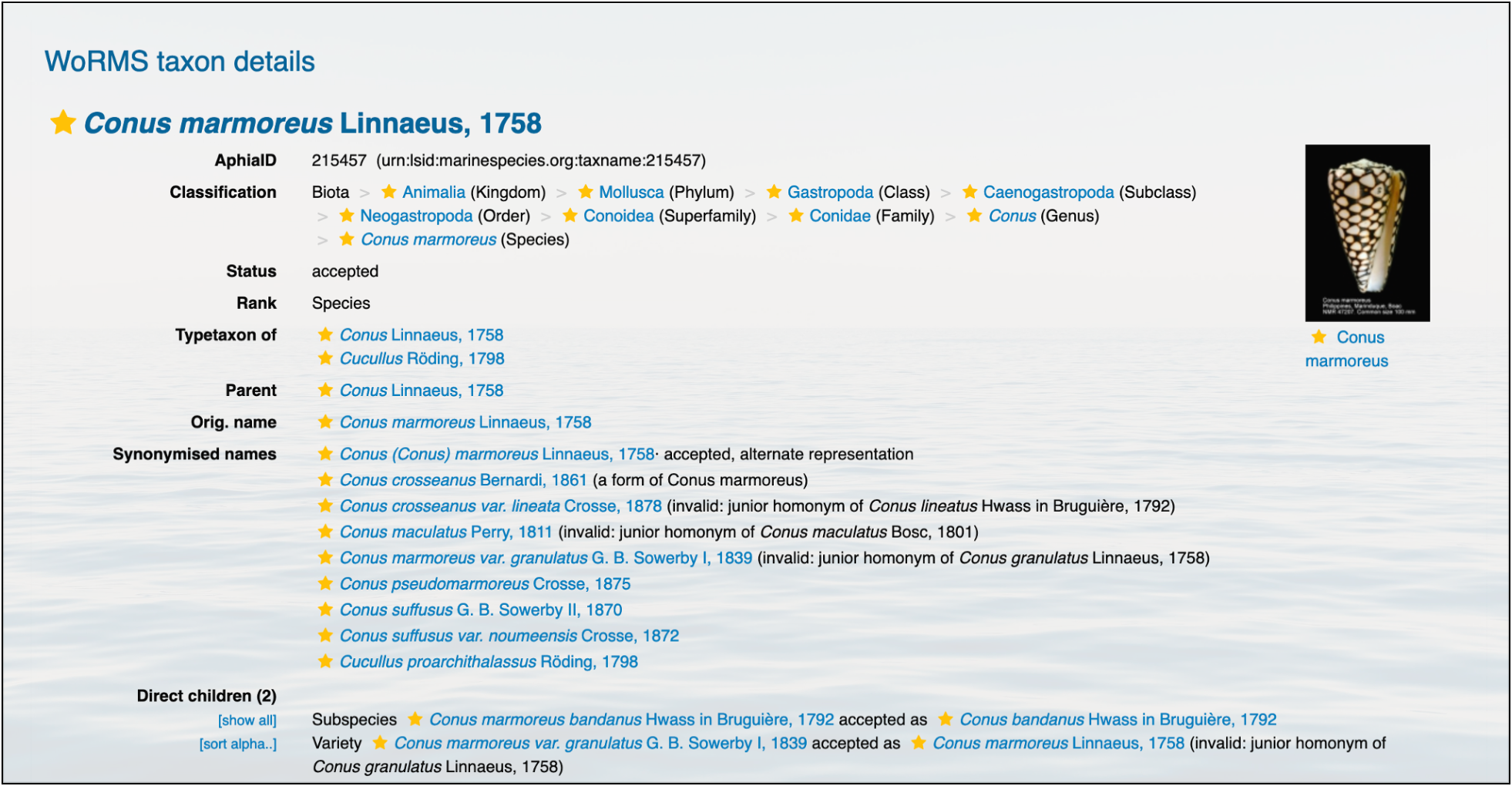 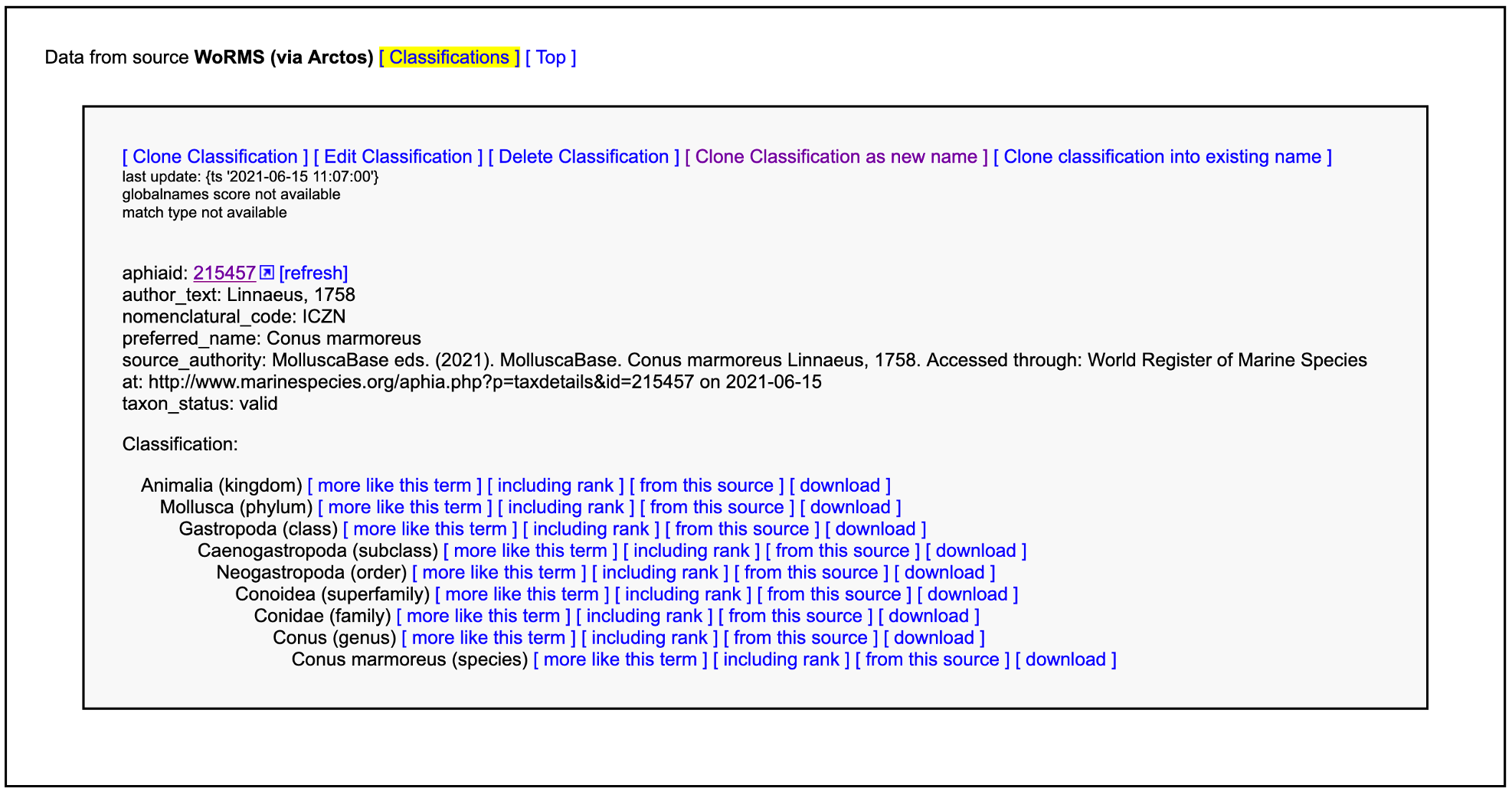 All taxon names in WoRMS (via Arctos) must have an AphiaID.

The AphiaID 215457 is the unique identifier for Conus marmoreus. This is used by Arctos to link the taxon name in the Arctos database to the WoRMS classification. Clicking [refresh] will bring into WoRMS (via Arctos) any changes that have been made at WoRMS since the last refresh.

Because this is an externally managed resource, there is no reason or need to edit the classification or metadata. Any changes made to the entry will be overwritten with the next refresh.

How to Manage Taxa not in WoRMS

If a name is not in WoRMS but is needed for your collection, the classification and metadata should be added to the second source such as Arctos or Arctos Plants. It is helpful to add your name as “Managed by” in the metadata. You will need to manage any updates or changes in the higher classification or metadata.

Alternatively, use the A {string} identification for invalid taxon names that do not have a valid synonym.

WoRMS use of subgenera

For the phylum Mollusca, WoRMS uses the classifications provided in MolluscaBase. MolluscaBase has adopted the editorial convention to treat subgenera as an alternate representation.

Arctos classification fields include subgenus, but the taxon name field does not accept the parentheses ( ) that are used around the subgenus. Therefore, none of the molluscan taxon names with subgenera are included in the WoRMS (via Arctos) table and should not be added even though they may have an AphiaID.

See, for example, Anadara nodifera. The classification from WoRMS has been cloned into Arctos using the AphiaID 871395. This classification shows the subgenus Tegillarca. Using this approach enables Arctos users to follow the arrow directly to the WoRMS entry.

If you add a taxon name with a WoRMS (via Arctos) taxon status of INVALID, be sure to link it to the VALID taxon name. Click on [Edit Name + Related Data] to access this form. Here the invalid name has been linked to the preferred name Tegillarca nodifera.

Most names with a subgenus in WoRMS are invalid. Exceptions are those in echinodermata, cnidaria, and other non-molluscan phyla.