Only the information on this page defines the ISO8601 standard for Arctos.

Most natural history data are provided with one-day accuracy, and a YYYY-MM-DD date format will work for most things most of the time. Most date fields in the Arctos interfaces include a calendar date picker which will suggest an appropriately-formatted day. (Close the calendar with the ESCAPE key to enter a different format.) Traditional collecting activities might record an identical began and ended date, giving precision to day:

For scientific sampling activities, a more precise timespan could be recorded. For example, perhaps a mist net is opened for 15 minutes. Specimens collected during that time could be entered as:

This describes an ambiguous 15-minute timespan. The event began on the 27th day of August 2010 at some local time, rounded to the nearest minute, and ended 15 minutes later. A less ambiguous description would be:

This describes the same 15-minute timespan with more accuracy (to the second) happening seven hours before UTC (perhaps in California during the summer, which is Pacific Daylight Time or GMT-7). This is precise and unambiguous, but can be difficult to work with. For example, how does it compare to 2010-08-27T09:45:00+04, and how can a user compare those two events? An alternative and preferred method would be to record UTC time. The following example describes a timespan identical to the above example, but is easier to compare to other such data.

Note that timezone offset should NOT be used to infer location. GMT-7 could mean the data were recorded in California in the summer, Montana in the winter, or could simply reflect the collector’s equipment settings. Other date data may be recorded with less precision. For example, Agents’ birth and death dates are often known only to year. To record this information, one could simply enter:

Enter a date into Excel… 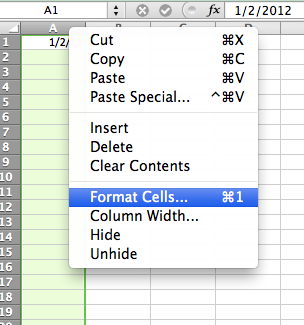 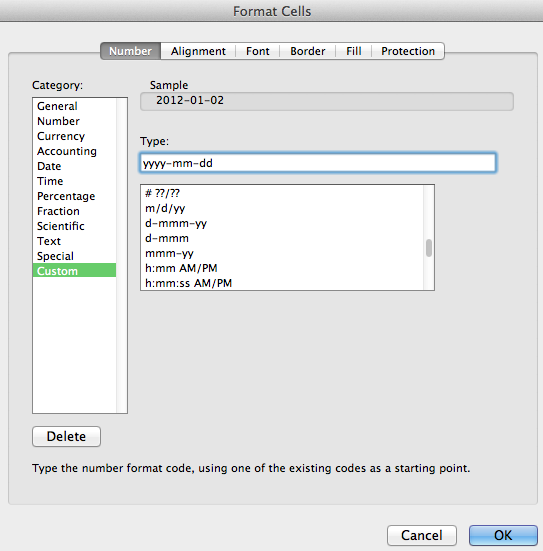